Tears of Happiness and Heartache – Part I

Tears of Happiness and Heartache – Part I

It’s nice to be back with you.  I took a brief hiatus from blogging to prepare for the first T.E.A.M. Grace mom/tween daughter weekend retreat.  To say that the weekend far surpassed our Girls of Grace Ministries leadership team’s wildest dreams would be a gross understatement.  It was So.Much.Fun.  More than 75 moms and tween girls spent an entire weekend in worship, fellowship and play.  It was simply unforgettable. 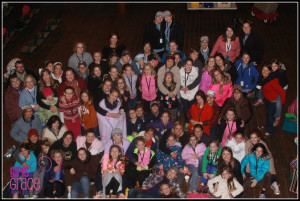 The theme of the first retreat was “Love Genuinely” and was based on the instruction provided for us Romans 12:10.

“Love each other with genuine affection, and take delight in honoring each other.”

The goal?  To reinforce with girls–small and tall–what it means to share love as God intended, not as the world says we should.  We explored what it means to love authentically and why we should celebrate every single human being as an intentionally and purposefully created one-of-a-kind masterpiece.  God intended for us to be unique…even moms and daughters, while potentially sharing physical and character traits, are authentic creations of a loving God.  Talk about watching the Holy Spirit move! 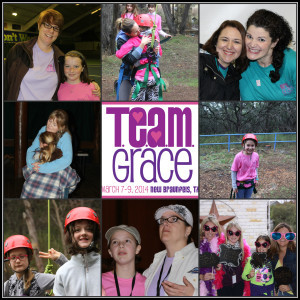 Yet, as I prepared to kick off an event that was literally a year in the making, I did so with a shattered heart.  On the morning the retreat was to begin, I stepped out of the shower–butterflies of excitement and nerves fluttering through my belly.  My kids were already at school.  My car was packed.  All I had left to do was get dressed and head to the airport to pick up my friend and fellow T.E.A.M. Grace team member, Tracy Steel.

Friends, I hadn’t even brushed through my wet hair when my sweet Prince Charming (PC) appeared in our bedroom doorway.  I could tell by his stance that something was wrong.  He said, “Come here for a second.  I need to talk with you.”

A pit formed in my stomach quickly chasing away any butterflies I’d felt just moments before.  I walked to him questioning what was wrong.  He wrapped his arms around me, and I could never ever have imagined the words that would come next.

PC proceeded to tell me a dear friend I’d known since high school and was still very much in contact with had been killed unexpectedly the night before in a car accident.  I remember thinking, “What madness is this?  Those words don’t even make sense.”  I just simply couldn’t compute what he was saying to me.  It wasn’t possible.

As he embraced me, my heart broke into a thousand pieces.

My friend was gone.  My friend’s sweet husband had lost an amazing wife.  Her parents, whom I adore, lost their only daughter.  Tragically.  Needlessly.  No understanding.  No chance to say goodbye.  Just gone…

I broke.  I crawled into my oldest daughter’s bed, which was my bed from the time I was a girl until I got married.  Sobbing, I called my mom who was already at the retreat center preparing for more the moms and daughters who were mere hours away from arriving for our weekend together.  I couldn’t force the words through my lips.  Again and again, she asked me to repeat what I was trying to say.  Finally, I forced the words through my lips.

My mom began to weep and immediately understood my sorrow.  My parents and my friend’s parents had been dear friends since high school.  They bought football season tickets together.   My dad and M’s dad both retired from the military after Desert Storm, relocating their families to Round Rock.  She and I laughed often during football games at how loudly and proudly our dad’s cheered for us from the stands every Friday night.  M’s mom helped my mom move me out of my dorm the first semester of college when I was too tired from pulling all-nighters studying for exams.

M and I lost touch during college, but we reconnected after we both landed in Austin again–now both married, and me with two small children.  She was my walking buddy–a sweet face that always had a smile to share.  She laughed easily and often.  She spent time encouraging others and sharing details from her many adventures with her own PC.  Why, Lord?  Why her?

The last time I saw my sweet friend, I was actually in a hurry.  My daughter wasn’t feeling well, and I was anxious to get her home.  After a quick hug and a “I’ll call you later so we can schedule lunch or a walk,” I ran out the door.  That was two weeks before her death.